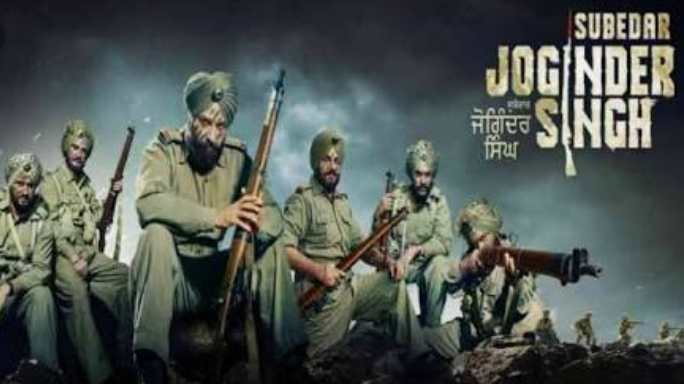 It’s heartening to see that film makers in the Punjabi Film Industry are now making biopics on Sikh war heroes and presenting the rich History on the silver screen. It is necessary to present such facts and figures which have been forgotten or written off due to the political agendas of our government’s. The youth needs to watch these movies and learn our history from it and it is our duty to encourage them to watch such movies.

The movie has an average first half but the second half of the movie gives you goose bumps, and in the end you cry, I mean I cried like a baby and I couldn’t talk to anyone for 15 mins after the movie was over. The lump in the throat was a huge one and me, my wife and my mother were not able to get up from the seat after the movie was over. It is an extremely emotional ending and a sad one.

The movie starts off slowly and the build up seems like a lose adaptation of Hindi movie Border. However the movie takes a hit on its star cast and music, it lacks a strong supporting cast and music is strictly average.

Except Gippy Grewal, no one else is able to put a lasting impression, you can’t have an engaging movie by having only a comedian support in a war film. For such a movie, a strong support of well known actors is required, there are so many good actors such as Ghuggi, Binu Dhillon, Amarinder Gill, Kanwaljit Singh, Ranjit Bawa, etc… the mere presence of such actors would have taken this movie to a different level.

Since the content to be shown is limited, which is mainly the war and it covers the second half of the movie well, the first half needs to be more engaging, by merely spending time on Joginder Singh’s family, the movie drags itself in the first half creating a sense of anxiety.

Remember Border, the first half was all about families but the supporting cast was mind blowing, Jackie, Sunil Shetty, Kulbushan Kharbanda, Akshay Khanna, Puneet Issar who I think was the best.
The build up was also short and crisp of each and every family. Music was the highlight of the movie. Dialogue delivery was heart warming and overwhelming. All that is missing in Subedar Joginder Singh.

Gippy Bhaaji is in solid form, he is enjoying while he is in his village and looks to be in command at the post.
At some occasions it gave me a feeling that Gippy tried to copy Sunny Bhaaji, but Sunny Bhaaji can’t be aped so easily.

War movies are difficult to be made and extreme care needs to be taken in its screen play and build up. The movie could have been better with a strong star cast and an engaging first half, but still it catches up well in the second half.

We should watch it to promote the Punjabi Film Industry and motivate the directors and producers to make more such movies.