If you are reading this then you might just be a Poha fan and mostly belonging to Central (Indore)or Western (Mumbai) Part of India where Poha is a very famous breakfast dish. Both the places prepare Poha in a very different way and both taste amazing.

I have had Poha’s at various places, in fact my mom cooks Poha almost every Saturday for breakfast even today and this is happening from the past 25+ yrs. She gives a North Indian touch to it and it tastes yummy. Tried Poha at a lot of innovative Chai Cafes including the new Chaayos, my job involves a lot of travel to different parts of the country and so I have had Poha at almost every Five Star Hotel in breakfast, trust me some Five Star Hotels really don’t have a clue of how to make Poha. However many of them were great and awesome till I went to Bangalore last week.

We were staying in Brigade Metropolis in Mahadevapura at a friends place. Me and my wife ventured out for breakfast into the market just outside the main gate. After lots of choices to make from, we decided to enter MASALA CHAI, an outlet which is highly influenced by Mumbai dishes, so it serves a lot of PAV related dishes and an awesome Masala Chai and Poha. 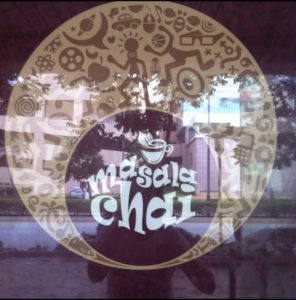 We ordered Poha which looked like a fusion of the Central and Western India Poha and they were brilliant. My wife is not a big fan of Poha, but when she tasted them, I had to order one more. It had that perfect mix of salt with extremely mild sweetness (which u don’t realise). Perfect ratio of Poha with onions, peanuts, Sev sprinkled on top and served with lemon. The Poha had the right amount of wetness, enough that they don’t feel soggy and instead adds to the fresh looks and are yelling at you to come and test your taste buds.

Just spray the lemon juice on top and you would be transferred into Mumbai and parts of Indore and the look on your face would be the one which the owner of Masala Chai would be proud of and your partner would be wondering what just happened to you, until he/she takes a bite from your dish.

Thereafter all the days we stayed in Bangalore, we had Poha as our breakfast at Masala Chai with Masala Chai and it made our day.

They definitely have the best Poha in the country and if you are visiting bangalore, you ought to have breakfast at this place.

Have a great time and do post a picture of yourself in the comments if you visit and you like it.

P.S. It is disappointing that on Zomato everyone talks about all their, Masala Chai’s, dishes but Poha. So I decided to write about it.